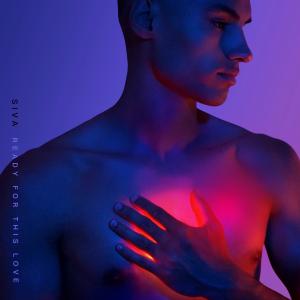 Ready For This Love by Siva releases worldwide Nov 20th, 2020 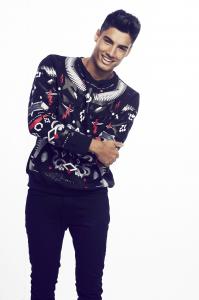 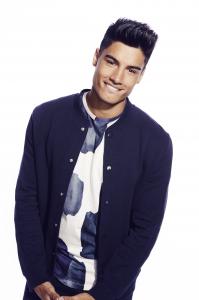 Siva, former singer of the band The Wanted, releases single titled “Ready For This Love” on Friday, November 20th. The single is being released by Rukus Avenue.

If this record celebrates raw emotions and the fragility of blossoming young love, then Siva nails it. The song is undeniable, you feel the vibe from the moment it comes on”
— Sammy Chand, Chairman of Rukus Avenue

Multi-platinum pop artist Siva is bringing you back to the age of innocence with his catchy new single ‘Ready For This Love,’ releasing worldwide on all platforms on November 20th. Inspired by expressing his personal experiences in a feel-good relatable love song, Siva was driven by the desire of connecting people in the toughest of times.
Beginning with a captivating melody and combined with a modern 80’s rhythm, Siva embraces the simplicity of love within his roots of pop music. On November 27th, Siva will debut a music video that is directed by Emmy nominated Rohit Karn Batra. The music video brings together people from all walks of life and captures the essence of a timeless & unconditional love.
This infectious track is a reminder of the innocent nature of falling in love for the first time. As you hear the track, it begins with an ethereal synth that slowly leads into Siva’s distinct vocals creating an undeniable symphony of sound. The slickly produced track folds in Siva’s rhythmic delivery as the song crescendos into the chorus lyrics. The melody is undeniable, but what’s more remarkable is the congeniality of Siva’s voice.
Siva first began writing this track in Sweden where he felt a resurgence of love and gratitude. “My inspiration for this track began with an initial feeling that gradually unfolded into melodies, harmonies, and lyrics.” Siva’s new single takes the listener on a journey of remembrance of what it was like to discover an inner desire and let loose, but it’s weaved together with a catchy pop-filled beat. “If this record celebrates raw emotions and the fragility of blossoming young love, then Siva nails it, ” notes Sammy Chand, Chairman of Rukus Avenue, “This is undeniable, you feel the vibe from the moment it comes on”
Born in Ireland and the youngest of eight kids to a Sri Lankan father and Irish mother, Siva’s musical roots are grounded in Soul, Motown, and R&B, which flourished during his adolescence. In hopes of overcoming a speech impediment, he sang when he couldn’t speak, and mimicked his favorites like Sade and Lionel Richie whenever he got the chance. Upon reaching young adulthood, he moved to London and had his first music audition that led to securing his spot as a member of the world famous boy band The Wanted in 2009.
After achieving a #1 on Billboard’s music charts for the hit single, ‘Glad You Came’ and multiple world tours, Siva decided to pave his solo career. Following a very successful song cycle with his smooth R&B record, “Breathe In”, the multi-platinum star will continue to move the heart’s of the world with this next single and video. Both pieces of art are rooted in the one intrinsic thing humans value the most; Love. Are you ready for it?