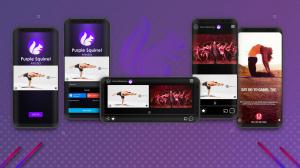 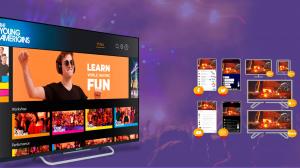 Creators cannot afford to go OTT, are unfamiliar with the tech, and utilizing social media as their only online presence. Even with 1m of views, most YouTubers are generating on average $17k a year.”
— Kojenwa Moitt

Despite the current market conditions, investors are actually not seeing as much deal flow coming to them, due to COVD 19. “It seems that some entrepreneurs have taken the safe way out and gone back to the corporate grind,” says Theresa Lee, Partner at Astel Ventures.

This means that the Venture Capital world is clamoring for new tech startups and that is especially good news to SaaS developers in the field of media.
This is because people are at home consuming more content than ever before.

That’s great news for Matthew Karsten, Founder, and CEO of media OTT app Purple Squirrel. Karsten launched the media company in April 2020 when the pandemic forced many businesses, schools, and venues to close their doors. With his experience as a teacher, performer, and broadcast executive, it was time for a solution for going over the top.

Now, the company bridges the gap for content creators in regional performing arts, education, fitness, lifestyle, fashion, reality, film, and local broadcasts all of whom desire more distribution, engagement, and the opportunity to monetize their online content.

An over-the-top (OTT) media service is a streaming media service offered directly to viewers via the Internet. OTT bypasses cable, broadcast, and satellite television platforms, the companies that traditionally act as a controller or distributor of such content.

The term is most synonymous with subscription-based video-on-demand (SVoD) services that offer access to film and television content (including existing series acquired from other producers, as well as original content produced specifically for the service).

“Content Creators and Small Businesses cannot afford to go OTT, are unfamiliar with the tech, and utilizing social media as their only online presence,” says Kojenwa Moitt at Zebra Public Relations. “Even with millions of views, most YouTubers are generating on average $17,000 a year.” The solution means streaming across different devices whenever we want and a new delivery method of film and TV content over the internet without the need for traditional cable or satellite pay-TV services.

Monetization is achieved through on-demand, subscription & curated ad-network (TVOD, SVOD & AVOD) as well as through dynamic partnerships. The company launches today at 4:40 pm at the Newchip Accelerator: Launch to Exit, Online Demo Week and will pitch for $5.75 million to close a Seed A round. “there is no dress rehearsal in this life,” shares Karsten. Our launch will allow people to create the content for channels that people want to watch.