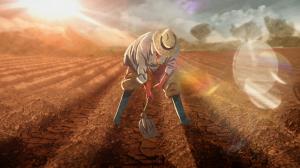 Provivi is strongly driven to highlight our story and impact, and we are proud to be able to do so with a creative approach thanks to the artistic insight Richard brings to every visual project.”
— JP Vollmers-Hansen, Director Global Marketing, Provivi

The Telly Awards honors the best in film and video through every medium and on all screens. This year’s winners display substantial growth and resourcefulness in video production, distribution, and storytelling.

“We consider it a great accomplishment for our animated campaign to be recognized by the Telly Awards, and applaud Richard Goldgewicht’s work as it illustrates his dedication to great film and video production,” said Jens Peter Vollmers-Hansen, Director Global Marketing. “Provivi is strongly driven to highlight our story and impact, and we are proud to be able to do so with a creative approach thanks to the artistic insight Richard brings to every visual project.”

“Provivi Farmers” depicts the timeless tale of farmers managing their crops and handling pests threatening their harvest, presenting Provivi’s safer and affordable pheromones as an effective solution. The video campaign was among tens of thousands of inspiring and visionary submissions judged by a celebrated group of over 200 industry experts from leading companies in entertainment, publishing, advertising, and emerging technology.

About Provivi
We are a groundbreaking science-based company creating scalable, safer insect control technology that will improve the quality of life for all humans and our world.

Provivi is developing a family of safe, effective, and economical pheromone solutions, creating a new foundation for pest and resistance management in crop production. Pheromones are substances that serve as highly selective attractants for insects, allowing the control of harmful pests while preserving beneficial insects. Provivi’s patented production method enables a step-change in the cost of manufacturing pheromones, allowing the use of this proven tool in high-acreage crops such as corn, rice, and soy.

About Richard Goldgewicht
Richard Goldgewicht’s work has garnered critical acclaim at major film festivals around the world. Premiering his debut animated documentary Pablo at Rotterdam in 2012, the film went on to play in dozens of festivals and international broadcasters featuring Jeff Bridges’ narration and a cast of celebrated film artists who collaborated with iconic artist and film designer Pablo Ferro. In 2018 he opened ‘A Thousand Kisses’ in Annecy and played the artistic animated film about love letters retrieved from the Second World War in over a hundred festivals worldwide, garnering film and design awards and being presented in museums in the US, Germany, and Brazil.

Richard has worked directing series for the BBC, created and directed the Comedy Central special “Ice for Iceland” for Earth Day 2018, and directed the six-episode biographical series about legendary Brazilian music producer Lincoln Olivetti. Richard has for several years directed Provivi’s visual campaigns across the world.