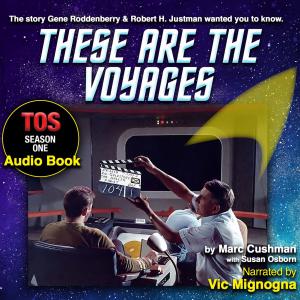 These Are the Voyages audio book. 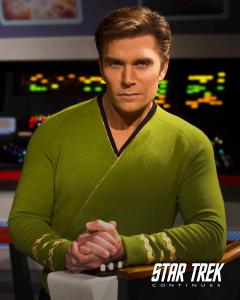 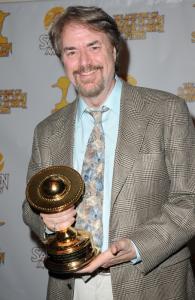 LOS ANGELES, CALIFORNIA, USA, November 17, 2020 /EINPresswire.com/ — In many ways, it’s amazing that the original Star Trek series made it to television, much less remaining on the NBC-TV network for three years. The groundbreaking production was a remarkable undertaking. Each step in its development and production involved conflict between creator/producer Gene Roddenberry and decision makers at the network. Now, the difficult birth of Star Trek is vividly brought to life in the most ambitious audio book yet created. Formatted as an “audio play” with a cast of 100, and with an epic running time of 28 hours, “These Are the Voyages – Star Trek: The Original Series, Season One” documents the creation of the classic TV series, its two pilot films, and its formative first season (1966-67).

“The production values are spot on,” wrote C.J. Bunce in his review on the genre-themed website borg.com. “[It’s a] well-produced, entertaining work full of trivia for Star Trek fans and classic TV buffs, presented in an unusual, unexpected way.”

That “unexpected way” is in fact, as the publisher calls it, “a biography of a TV series.” It includes participation from many of those who helped make the first Star Trek series. The principal reader of the audio program is Vic Mignogna, famous for playing Captain Kirk in the award-winning web series “Star Trek Continues.”

“Recording this project was a remarkable experience,” said Mignogna. “The cast included many production people and performers from the original Star Trek. They read their own words from the book and, in the case of people such as [Star Trek’s story editor] D.C. Fontana, read memos written more than 50 years ago. I was in awe being in the company of these talented people!”

The source material for the audio production is the 2013 Saturn Award-winning book of the same title, published by Jacobs/Brown Press. Beyond its scope, the three-volume These Are the Voyages set, combining to over 1,800 pages, is authoritatively distinct from other works on Star Trek due to inclusion of excerpts from thousands of production memos, shooting schedules, budget reports, and A.C. Nielsen TV ratings for every episode of the “Classic 79” episodes. Fan letters and media comments from the 1960s are also included. In print, each episode has its own chapter, about 15 pages apiece. Converted to sound, each chapter translates to roughly 30 minutes in the audio production. In both formats, the correspondence among Roddenberry, his staff, the studio, and the NBC-TV network reveals not only the creativity of the talented individuals involved but the surprising degree – and number – of conflicts between Roddenberry and NBC over story content.

“It seems there was a battle over every episode,” author Marc Cushman said. “With censorship issues, budget concerns, and trying to keep on schedule with the delivery of episodes; it’s remarkable they got a single show on the air. During that first season, the immense challenges of going where no TV series had before put Roddenberry and co-producer Bob Justman, as well as photographic effects creator Darrel Anderson, in the hospital with bouts of exhaustion. Making Star Trek was like going to war!”

Such revelations included in the three These Are the Voyages books and new audio book are often stunning, but, said Cushman, make up a story which Gene Roddenberry and his staff wanted told. “That’s why they documented every aspect of the making of the series,” Cushman said, “and put everything into memos, sometimes 20, 30 pages long, then saved those memos for decades.”

“Gene endorsed this project more than 30 years ago,” Cushman said of Roddenberry, “giving multiple interviews and providing access to a treasure trove of documents. He also introduced me to the other Star Trek producers, plus many of the show’s writers, directors, and cast members, whom I interviewed. The goal was to combine hundreds of interviews with countless excerpts from the scripts, memos, and production reports, enabling the fans to journey back in time and witness for themselves the creation and making of Star Trek.”

Upon reading the first of the three books, Leonard Nimoy – Star Trek’s Mr. Spock – called the research “astounding.” Rod Roddenberry, son of creator Gene Roddenberry, declared that the books would henceforth be “the bible to Star Trek and how it was made.” Billy Heller, of the New York Post, said in his review, “Trek fans will die and get beamed up to heaven!”

Work on the companion audio book began in 2018 and took more than a year to complete. Acclaimed voice-over artist Vic Mignogna not only read Cushman’s narrative, but produced the recording sessions, utilizing a cast of nearly 100 to bring the other characters and quotes in the book to life. Among notable voices heard are Adam Nimoy, reading the words of father Leonard Nimoy; Chris Doohan, who plays Scotty on Star Trek Continues, reading quotes from his father, James Doohan; and Rod Roddenberry, who provides an introduction to the program but left portraying his father to someone who sounds far more like the late Gene Roddenberry.

“These Are the Voyages – Star Trek: The Original Series, Season One (Audio Book),” in streaming audio format, can be downloaded by visiting JacobsBrownMediaGroup.com or Awesound.com. A two-disc DVD set containing all 28 hours of the program, playable in Blu-ray players and in Windows PC, is also available at the publisher’s website and online store, as well as Amazon.