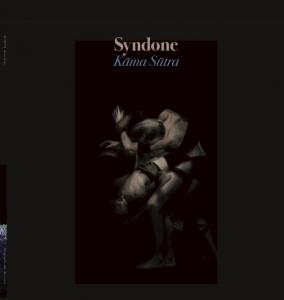 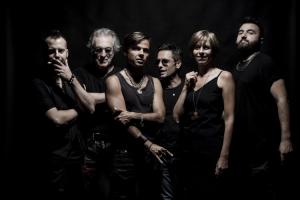 The sacred text “Kāma Sūtra” is the “Bible” of how to achieve pleasure in sexual intercourse.

Even in modern India, as in ancient India, the dominant impression offered by Hindu culture is still that of a world in contact with all the natural forces that transfer the richness of life into an existence permeated by tenderness, by pleasure and beauty in all its manifestations.

Like the movements of sex, music and lyrics go in and out of the different variations of the concept of Kāma Sūtra in history and in the contemporary; Kāma Sūtra is here intended only as the sound of a word already heard from which people begins to wonder.

“Kāma Sūtra,” the eighth album of Syndone, is a key to unhinging the menageries of progressive doctrine. In fact, it is the least progressive album of Syndone, but the news is not bad for this at all: the forays into more rock material are interspersed here and there by the scratches and sweeps of the Hammond that refer to Brian Auger and John Lord, from choral fragments where you can feel the smell of Queen. If “Mysoginia” was Géricault’s Raft of the Medusa, “Kāma Sūtra” is a painting by Kandinsky. To be fascinated, the wonderful “We Are the World We Created” is enough. Finally, David Jackson’s saxes and the beautiful vocal duet with the singer Annie Barbazza are a certificate of authenticity of a new masterpiece.

Syndone’s music, supported by the analytical and deeply cerebral texts of Riccardo Ruggeri – a front-man with great theatrical and an amazing voice – is something truly surprising: next to small jewels that shine with joy and pain, sweetness and of bitterness, it burns the fuel of the most genuine rock.

Watch the making of the album teaser: https://m.youtube.com/watch?v=mHdYHpjxqn0

Born in 1989, in the wake of the second progressive wave, Syndone – led by Nik Comoglio – have delved into every aspect of niche music during their first quarter of a century.

Seven excellent albums (Spleen/1990, Inca/1992, Melapesante/2010, La Bella è la Bestia/2012 and Odysséas/2014, Eros & Thanatos/2016 and the new Mysoginia/2018) have come out of this collaboration, contaminated with tones that, more often than not, have gone beyond all codes and frontiers.

Their sound – which reflects the moods of Emerson Lake & Palmer to a certain extent – is not restricted to a slavish reading of the British band though. It tends to revitalize their spirit with formulas that have little to do with the style per se and move towards new shores, new sounds characterized by a rock background with extensive classical openings (sometimes played on strings), all tied together by a very expressive, sometimes theatrical, voice which brings everything together in an original, cultural and innovative product.

While their name might elicit thoughts of the Holy Shroud or Sindon (and all the rules and regulations surrounding it) kept in Turin, we could say that, in the meantime, it also brings to mind the provocative magic of this subalpine capital. Nik explains, “We wanted a name that would evoke all together ‘Sacredness,’ ‘Turin,’ ‘Spirituality’ and ‘Scored Grooves’ (like an old vinyl LP) so I thought of Syndone, with the ‘Y’ to distinguish it from the famous relic and make it International at the same time, without being blasphemous. This name in fact immediately evokes Turin in any part of the world… and I liked this!”