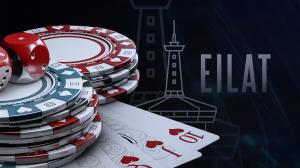 Amidst the global crisis, revenues in the hospitality industry have dropped. Since Eilat’s heavily depends on tourism, casino gambling is being discussed.

EILAT, SOUTHERN, ISRAEL, November 19, 2020 /EINPresswire.com/ — Amidst the current global crisis, revenues in the hospitality industry has dropped as resort cities fear economic survival. In August, the government passed an aid plan worth 300 million shekels ($88 million) to assist the more than 400 struggling hotels across Israel. Those that were operational would end the year suffering massive losses. Fattal Holdings stated that they notched a 10% drop in revenue for the first quarter of 2020.

According to Finance Minister Israel Katz, the aid plan aims to provide support to those affected by the crisis. Only those with noticeable decreases in revenues, as compared to previous years, will be eligible for assistance. Since Eilat’s southern city heavily depends on tourism, as 45% of locals’ income relies on the industry, some residents have again brought up the idea of allowing casino gambling in the resort area. The belief is that such a move would increase the city’s appeal, and produce tax revenues.

Currently, the only legal forms of gambling in Israel are the national lottery and sports betting authorized by Israel’s Sports Betting Board. In the past, Eilat casino cruises enjoyed a great deal of popularity, but now those interested in playing games of chance for money either play online or cross the border into Egypt, visiting venues such as the Hilton, Movenpick, and the Taba Sands.

Like most countries, Israel does not have laws that criminalize gambling on the internet. Even though Penal Law 5737 may be applicable, authorities choose not to prosecute those who partake in internet activity. Thus, many Israelis play at off-shore sites listed at iGaming information hubs.

The notion of establishing gaming venues in Eilat first came up at the start of the 1990s, when Las Vegas Sands gambling tycoon Sheldon Adelson tried to broach Yitzhak Rabin’s possibility government. However, nothing materialized due to Rabin’s assassination and the second intifada. In 1996, Benjamin Netanyahu became prime minister, and such prospects further diminished. In 1997, Donald Trump expressed interest when he agreed to hold his Miss Universe contest in Eilat. Though negotiations collapsed because of misunderstandings on who should sponsor the event, and Trump gave up on the idea of building a casino in the port city.

In 2008, after a decade of radio silence, media outlets reported the prospect of the Land Administration and the Tourism Ministry coming together on a deal for the apportion of twelve acres of land in Eilat for the first Israeli land-based casino. As the local economy suffered, politicians thought that the tourist attraction would boost the area. However, like before, after months of rumors and false starts, no casino arose on Eilat’s shores.

In 2016, as the tourism industry numbers further plummeted, down by almost half, compared to the start of the 2010s, Prime Minister Netanyahu expressed interest in supporting casino gambling in either one of the city’s hotels or at the Ramon International Airport, 18 kilometers away from Eilat. According to a then government report, illegal gambling was generating revenues of up to $385 million.

The initial plans discussed included the idea that once such a venue would become operational, that it must implement bet restrictions, a maximum amount one person could lose. It would do this by allowing customers to play using pre-charged cards. Other topics covered were establishing a police unit that would prevent criminal elements access to the venue and no entry for those under 21 on the premises.

Nevertheless, even with government initiative, due to religious groups, NGOs, and security forces striving for the ban on gambling to continue, progress was slow.

After a three-year standstill, in 2019, Prime Minister Netanyahu and then Tourism Ministry director Amir Levy again expressed support for the project. Rumors suggested that it may find a home at the previously mention airport or the site of the closed biblical theme park Kings City. However, after so many starts and stops, many are skeptical that a casino project could come to fruition on Israeli soil. Analysis suggests that it will likely be government-owned if it does, as projections say that it would generate upwards of 400 million shekels ($118 million) per year.