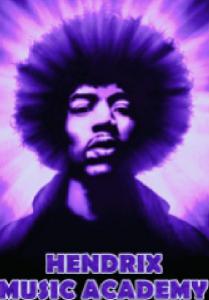 SEATTLE, WA, USA, November 18, 2020 /EINPresswire.com/ — Since 2009, Tina Hendrix, niece of Jimi Hendrix, has operated the Hendrix Music Academy (HMA) in order to bring musical education to the underserved youth of the Seattle community. Many of these kids grew up in the same impoverished neighborhoods as Jimi Hendrix. Now, in the midst of a global pandemic, the HMA is at risk of permanently being closed, but not due to CO-VID 19, but rather due to litigation, led by Janie Hendrix and Hendrix Experience, LLC. (U.S. District Court NY Case 1:17-cv-01927).

On September 18th – 20th, 2020, the HMA sponsored and organized a Free Public Memorial & Peace and Love event in Seattle’s Jimi Hendrix Park, to honor Jimi Hendrix, in commemoration of the 50th anniversary of his untimely death. This event, even though it was a non-profit event and followed social distancing guidelines, was cited in the litigation as an infringement on Jimi Hendrix’s copyright. This couldn’t be further from the truth, as the Hendrix family was given the rights to use Jimi Hendrix’s name, by the late Al Hendrix, as long as it was for a charitable entity, of which the HMA qualifies.

The HMA has spent over a decade providing valuable services to the underserved youth of Seattle and has survived through small donations. The HMA has provided all of these services without any costs to the youth participants or their families. This recent attack will potentially force the HMA to cease programming for children, who may not have any other access to music lessons or equipment. It would be a shame for this valuable institution to be extinguished due to petty and vindictive litigation, that only serves to punish Leon Hendrix, Jimi’s brother.

This recent legal action by Experience LLC is not reflective of the man that Jimi Hendrix was. His 27 short years on this planet was full of charity and love for the underprivileged and the youth of the world, of which he was one during his formative years in Seattle.

The Hendrix Music Academy calls for all fans of the great Jimi Hendrix to stand with us, as we fight this heavy-handed and extremely punitive lawsuit and fight for the right of the Seattle youth to have access to the gift of music, of which Jimi Hendrix could only dream about as a youth. For more information, please visit our website: www.hendrixmusicacademy.org