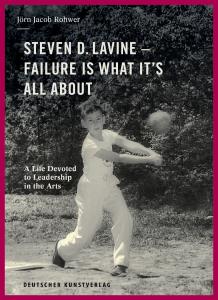 Steven D. Lavine — Failure is What It’s All About 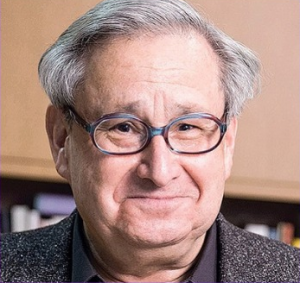 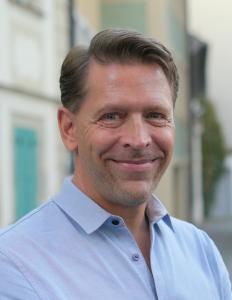 LOS ANGELES, CA, UNITED STATES, November 17, 2020 /EINPresswire.com/ — Steven D. Lavine — Failure is What It’s All About, a book centered around the California Institute of the Arts and its legendary president Dr. Steven D. Lavine, written by Jörn Jacob Rohwer is now available in the U.S. Originally published in Germany on September 21, 2020, American readers can now buy the book’s hardcover edition.

In Steven D. Lavine — Failure is What It’s All About, German author Jörn Jacob Rohwer explores the story of CalArts and the historical and biographical origins of Lavine’s approach to life, with special attention to the way in which personal doubts and weaknesses became the basis of a style of leadership based on listening, learning, and consensus-building. Rohwer uncovers the deep grounding of Lavine’s commitment to diversity and equal opportunity in his family’s immigrant past and its legacy of Eastern European Jewry.

In these personal conversations, Lavine tells his life story for the first time, talking about cultural politics, philanthropy, the avant-garde, and Los Angeles at the center of his life. Spurred on by self-doubts and a desire to learn from failure, he proves to be a sensitive thinker, visionary and transatlantic mediator between the worlds of art, politics and education.

Throughout a career spanning four decades, Lavine has emerged as one of the most iconic and compelling artistic, educational, and community leaders in the United States, serving at various times on the boards of the American Council on Education, the American Council on the Arts, the Los Angeles Philharmonic Association, the Operating Company of the Los Angeles Music Center, KCRW-FM Public Radio, KCET Public Television, the Idyllwild Arts Academy, the Villa Aurora Foundation for European American Relations, and the Visiting Committee of the J Paul Getty Museum.

Lavine is currently the Chair of the Los Angeles Advisory Council for the Thomas Mann House in Los Angeles, which is devoted to bringing creative thinkers from Germany and the United States together around urgent contemporary issues, particularly the future of liberal democracy. He is also a Board member of the Los Angeles Review of Books, the American University in Rome, and the Cotsen Foundation for the Art of Teaching. Lavine has been consulting with not-for-profit organizations including, among others, the Children’s Defense Fund Los Angeles, the Rand Corporation (a not for profit global policy think tank) and the Otis College of Art and Design. He has been honored with the Cross of the Order of Merit of the Federal Republic of Germany, and Mexico’s Othli Award.

The book presents a brief history of the California Institute of the Arts, in which Walt Disney’s vision for an art school located before the gates of Los Angeles became a reality. Opened 50 years ago, the California Institute of the Arts had long been in crisis, before Steven D. Lavine led it to financial prosperity and international acclaim. During the nearly three decades of his presidency (1988-2017), CalArts became a uniquely influential institution across the arts, with a commitment to continuing experimentation, interdisciplinary collaboration, social justice and civic engagement, domestic and international diversity. Today, CalArts is the cradle of many Academy Award and Pulitzer Prize winners, of Mellon and Guggenheim Fellows – a hotspot of American creativity.

Rohwer and Lavine will embark on a U.S. and international book tour, with details to be announced shortly. Information about the book is available at www.stevendlavine.com.

ABOUT THE AUTHOR:
Jörn Jacob Rohwer is an award-winning author known for elegantly merging elements of literature and journalism. Widely published since 1995, his lengthy profile includes conversations with luminaries from the arts, science, and society. Besides writing, Rohwer works in arts communications and lives in Berlin.

ABOUT THE BOOK:
Steven D. Lavine — Failure is What It’s All About is available in hardcover at the U.S. retail price of $39.99.

REVIEW COPIES AND MEDIA INTERVIEWS:
To request a review copy of Steven D. Lavine — Failure is What It’s All About or to schedule an interview/event with Jörn Jacob Rohwer or Dr. Steven D. Lavine, contact publicist Nanda Dyssou of Coriolis Company at nanda@corioliscompany.com or 424-226-6148.