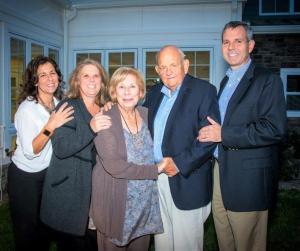 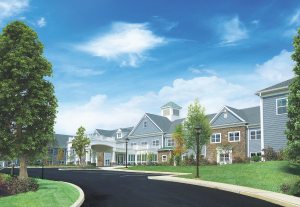 Throughout all of the changes in the last 5 years, our residents remain family. This is our home, but in a bigger house than it used to be.”
— John Keane, Jr.

WALL TOWNSHIP, NEW JERSEY, UNITED STATES, November 19, 2020 /EINPresswire.com/ — Sunnyside Manor, which has been owned and managed by the Keane family for nearly 30 years, is celebrating their state-of-the-art senior living community in Wall, which was expanded to the township in 2015.

Building on a family tradition of excellence in senior living, Sunnyside has been providing care in the area for over 100 years. They are a Medicare Five-Star Quality rated senior care community and recipient of the prestigious Eli Pick Leadership Award for advancing leadership excellence in long-term care.

Keeping the family culture alive, Vice Presidents and sibling team, John Keane, Jr. and MaryEllen Keane head up the community and have several generations of family members working in various departments, including the kitchen and activities and maintenance departments.

Though the past 5 years have gone quick, MaryEllen and John reflect on the significant changes made in that time, “Expanding and bringing in a whole new clientele has been wonderful. When our parents acquired Sunnyside Manor, they expanded and modernized as much as the old space would allow. The move to the new space built on that. We went from space for just 16 people in assisted living to 92, plus a secure memory support neighborhood,” says MaryEllen.

John adds, “The setting is probably what I love most. Behind us, there is this valley that used to be a quarry… it is this beautiful view that the residents get to enjoy. We put in a new outdoor venue, plus a putting green, bocce courts, walking paths, a gazebo, a flagpole… all what people were asking for.”

Looking towards the future, the Keane family are making most of their decisions based on the pandemic, keeping the residents’ physical and emotional safety on the forefront. “Whether it’s pandemic related or not, John and I look at things through somebody else’s lens. We look at it as, “What would the residents want? What do the families want?”

John ends, “Throughout all of the changes in the last 5 years, our residents remain family. This is our home, but in a bigger house than it used to be.”

ABOUT SUNNYSIDE MANOR:
Sunnyside Manor, which has been owned and managed by the Keane family for over 25 years, expanded and relocated to Wall, NJ in 2015. Sunnyside has been providing care in the area for over 100 years. The new Sunnyside Manor provides a continuum of care in three distinct neighborhoods: Independence ‘Plus’ Assisted Living, Recollections Memory Care and Skilled Nursing. For more information, call 844-388-6069. sunnysidemanornj.com.